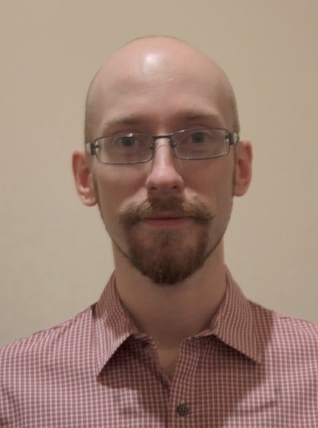 Rico completed his undergraduate studies at Bristol University in the UK. After a brief period working as a research associate in inorganic synthesis, he returned to physical chemistry at Bristol to complete his PhD, under the supervision of Julian Eastoe, Terence Cosgrove and Peter Dowding.

In 2009, Rico came to Australia as a post-doc, initially at the University of Melbourne, where he worked on unravelling the problems of dynamic and fundamental forces in deformable droplet and bubble systems. In July 2012, he started as a lecturer in physical chemistry at Monash University.

My research interests span a wide range of soft and colloidal systems, from bespoke, functional stabilisers to fundamental surface forces and biological systems. You can learn more about what we do at our group site.

Self-assembly, whereby molecules orient and arrange themselves into organised structures, is a crucial mechanism in many biological processes. We seek to learn from biology, and devise systems in which strutures can be obtained that provide desirable properties for templating, drug delivery and development of complex materials. Such self-assembled structures include micelles, liquid crystals and microemulsions, all of which have characteristic internal length scales on the order of nanometres.

Small-angle neutron scattering (SANS) is a tool used to analyse the structure and interactions within such nano-structured soft matter systems. Specifically, the concept of contrast, whereby we make use of the strong difference in scattering between hydrogen and deuterium allows us to selectively highlight specific structures and interfaces within samples. We run SANS experiments at neutron sources around the world, including ISIS (Didcot, near Oxford, UK), the Institut Laue-Langevin (Grenoble, France) and the Bragg Institute (Lucas Heights, near Sydney, Australia).

Colloidal systems such as emulsions, foams and particle dispersions continually experience dynamic forces in the form of brownian motion and gravity. These, and ever-present surface forces may encourage flocculation, phase separation or coalescence. Particularly in emulsions and foams, the interplay of surface forces, hydrodynamics during collisions and deformations of bubbles and droplets forms a complex picture. Deconvoluting this requires carefully chosen experiments and rigorous theoretical modelling.

We are especially interested in complex, multi-component systems, where more exotic colloidal forces can occur. These include polymer bridging interactions, depletion interactions and structural interactions. Such forces are highly dependent on the type and concentration of additives, offering new pathways for functional complex fluids.

Most colloidal systems in real applications contain one or more stabilisers in the form of surface active small molecules (surfactants), polymers and particles. By incorporating chemical functionality into these species that allows their properties to be changed by some stimulus, systems with enhanced capabilities can be developed. These might include drug carriers that can release their payload on command, precious catalysts that can be captured after use, and systems for capturing pollutants.

A stimulus to effect a chemical change can be internal (such as a change in pH, ionic strength, temperature, etc.) or from external sources such as light, electrical or magnetic fields. Of these, light is particularly appealing as it is a simple, clean and low-energy method to affect such changes. Many chemicals experience a reaction to light of certain wavelengths, taking the form of either a chemical reaction (photochemistry) or a change in shape (photoisomerisation). Our primary interest lies with the latter class, and in particular the azobenzene family of chemicals.

Dynamics of stain growth from sessile droplets on paper

Graphene oxide: a surfactant or particle?