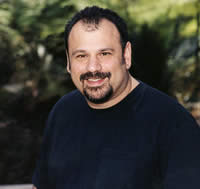 Dr Pete Lentini (BA, Political Science and Russian, University of Rhode Island 1988; PhD, Institute of Russian and East European Studies, Glasgow University 1997) is currently Deputy Head of the School of the Political and Social Inquiry, Co-Convenor of the Global Terrorism Research Unit, Convenor of the Master of Counter-Terrorism Studies program and a Senior Lecturer in Politics.

Since 2002, Pete has held major School, Faculty and University administrative positions including:

Pete grew up in Johnston, Rhode Island, USA. While pursuing his undergraduate degree at the University of Rhode Island he was a study abroad student in Scotland at Stirling University (1984-85) and Glasgow University (1986-87). Before taking up his appointment at Monash University in August 1994 he taught at the Centre for Russian and East European Studies, Birmingham University (1992-93) and the Department of Sociology, Central European University, Prague Campus (1993-94)

Development of a Radicalisation Information Package

Department of Premier and Cabinet (VIC)

Does the Awareness of Mortality Shape People's Openness to Violence and Conflict? An Examination of Terror Management Theory

Does the pursuit of meaning explain the initiation, escalation, and disengagement of violent extremists?

The neojihadist cell as a religious organization: A Melbourne Jema’ah case study