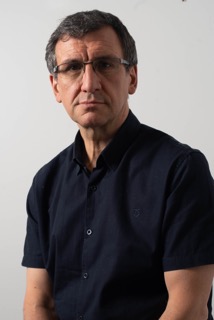 I came to Media, Film and Journalism at Monash in November 2019. Prior to this appointment I worked for several years in the Birmingham School of Media at Birmingham City University where, in 2009, I co-founded the Birmingham Centre for Media and Cultural Research.

I completed my doctoral studies in 2001 at the University of Warwick under the supervision of Carolyn Steedman. My PhD. The Aesthetics of Class in Post-War Britain, was examined by Bill Schwartz and James Hinton and resulted in my first book 'Only in the Common People', published by Cambridge Scholars Publishing in 2008.

Prior to this I completed my Master's degree in the Centre for Contemporary Cultural Studies at the University of Birmingham. My dissertation, supervised by Michael Green (there at the founding of CCCS in 1964), concerned would-be authors and creative writings groups - a first foray into the exploration of cultural work and field. Birmingham was where I produced the research for my first article on public history and memory in the city, a place where I have lived most of my life and which informs the empirical base for some of my research and public activities.

I should mention that I read Film and Literature at the University of Warwick, a subject influenced by a number of graduates of the CCCS whose creative enthusiasm and commitment to their subject and its value has impelled my own approach ever since even as it has moved beyond a concern with film and a focus on the text.

I am interested in original proposals concerning the nature of creative work across all aspects of the cultural sector (and at all levels of input into it from singer to roadie to accountant), in its contemporary and historical form and in relation to the particular character of locality, space and place. I would like to hear about research interested in how creative workers develop and maintain their skills, ambition and indeed confidence and place in the field, of how they understand concepts of creativity, talent and indeed the nature of culture.

I am particularly interested in research focussed on the role of migrants and refugees in the cultural economy and aspects of cultural intermediation and creative pedagogy as it relates to policy directives or the absence thereof.

Proposals concerning media and cultural heritage, archives and histories - authorised, unauthorised and DIY are welcome. I'm interested in the political economy and practice of this field with a particular interest in the impulse of popular history.

Film and Literature, Bachelor of Arts (Honours), University of Warwick

The university as intermediary for the creative economy: Pedagogues, policy-makers and creative workers in the curriculum

Sound, Gown and Town: Students in the Economy and Culture of UK Popular Music

A labour of love: the affective archives of popular music culture

Class, Place and History in the Imaginative Landscapes of Peaky Blinders