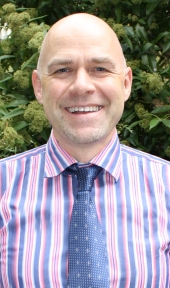 Normann Witzleb is an Associate Professor at Monash Faculty of Law and a Deputy Director of the Faculty's Centre for Commercial Law and Regulatory Studies, leading its Privacy, Media and Communications Law Group.

His research focus is on Australian and European private law, in particular the area of privacy rights, torts and remedies. Prior to joining Monash University in 2008, he worked at the University of Western Australia (2001-2007) and the European University Viadrina Frankfurt (Oder) (1996-2000), where he also obtained his PhD.

From 2016-2018, Normann was the Associate Dean (International and Engagement) of Monash Law. In 2010, he received the Monash Law Faculty Award for Teaching Excellence.

His recent book publications are:

Medical research in the era of Big Data: Towards a new ethics of privacy

Big Data, Political Campaigning and the Law: Democracy and Privacy in the age of Micro-Targeting

Political micro-targeting in an era of big data analytics: an overview of the regulatory issues

The privacy-related challenges facing medical research in an era of big data analytics: a critical analysis of Australian legal and regulatory frameworks