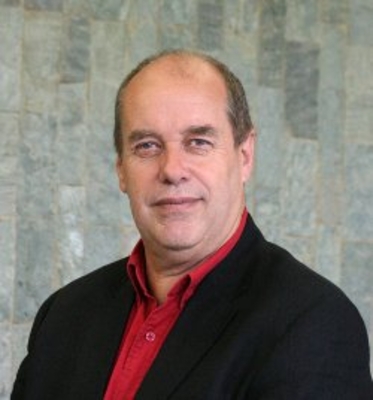 Professor Nigel Tapper completed his PhD on urban climate, a subject matter that was distinctly unsexy at the time. Now, thirty years later and on a warmer planet, Nigel is involved in an expert panel on infrastructure and settlement of the Intergovernmental Panel on Climate Change (IPCC), and the Cities as Water Supply Catchments program, helping to bring down the mercury in our urban areas and the planet as a whole.

The Cities as Water Supply Catchments is a multi-disciplinary, multi-faculty program funded by the state science agenda and the federal water research initiatives, in conjunction with around 45 industry partners. The program is looking at the value of stormwater harvesting as a way of both securing water supply and adapting to climate change. In particular, it will mitigate urban warmth, which with increasing urban populations is growing at a rate on top of global warming.

'What we've got is a problem in that at precisely the same time that climate change appears to be really starting to impact many parts of the world we have this 'critical nexus' of climate change, urban warmth, people moving into cities, and greater extremes. In 2009, we had a major heat wave event that caused close to 400 deaths in Melbourne, and if we don't adapt - physiologically or technologically - we're going to see more.'

Nigel's specific interest lies in capturing water from storm-water drains that in Melbourne's case would otherwise be lost to Port Phillip Bay.

'Roughly speaking, it's the same amount that we bring into the city as piped fresh water, so it's a bit of a no-brainer. If there are ways that we can capture the water that is falling into the cities, and keep a large portion of that in the urban environment to provide green infrastructure, we can improve water security and improve the urban climate - all at a time when droughts and climate change are occurring.'

Nigel's research has also been on major dust sources and their impacts in Australia.

'We've been sampling dust, for example off the Alpine snow-pack of New Zealand, and we've found viable bacteria in that dust. That dust not only increases the sunlight absorbed into the snow and increases the rate it melts, but if it's in large enough quantities, the pathogens the dust is carrying could damage the Great Barrier Reef, and get into our water systems, and impact human health.'

'By building these blade-shaped mounds perfectly north-south, rather than east-west, [termites] can regulate their temperature much more efficiently. And by taking the soil material from the ground and consolidating it in the mounds, they're changing the thermal characteristics of the soil, so it's a much better insulator.'

Will we be seeing buildings shaped like termite mounds in our CBD of the future then?

'Why not,' says Nigel. 'If we've seen something happening in nature that seems to be efficient, why not copy it?'

UAV Sensing and Data Discovery for a Changing Planet