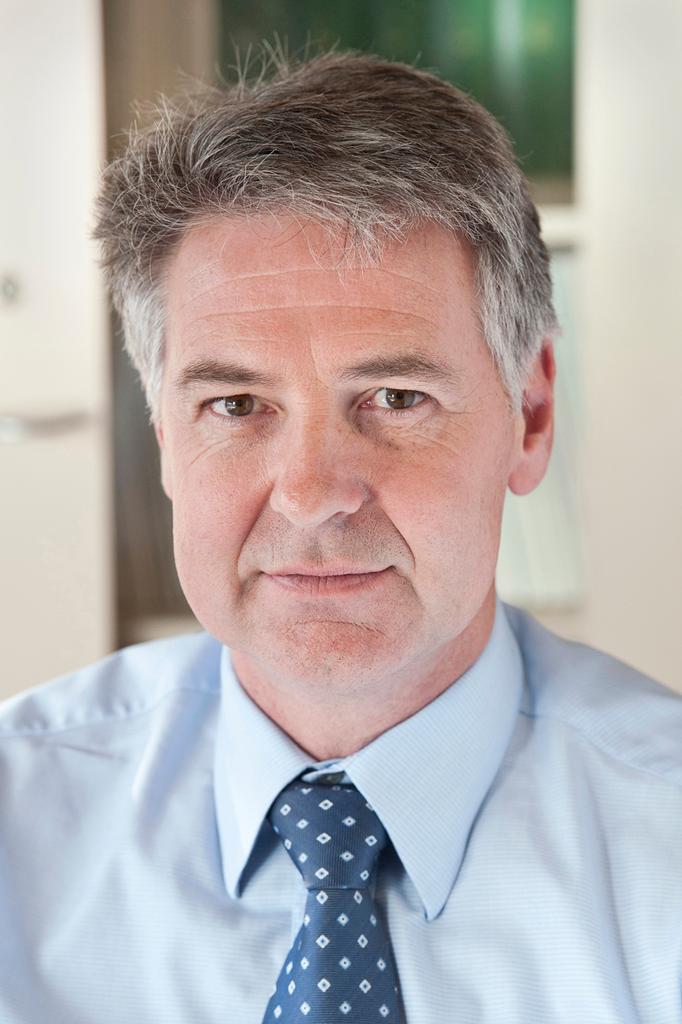 Making it easier and safer for children to breathe

Our first breaths are our most important, but for the growing number of children with asthma, they can also be the most traumatic, especially when the best asthma treatment can damage their health. Professor Nick Freezer was among the first group of researchers to alert the world to the dangers of overdosing asthmatic children with inhaled corticosteroids.

Nothing quite shows how finely-tuned we are to our environment as the research Professor Nick Freezer has done into children with asthma, the most common reason for child hospital admissions.

Nick was a member of the first team of researchers to show that high doses of our best asthma treatment - corticosteroids, inhaled through a puffer - were affecting children's ability to fight disease.

andldquo;We were seeing higher and higher doses of corticosteroids and starting to see side effects,andrdquo; he says. andldquo;These children were very unwell and needed intensive care as they became lethargic and comatose.andrdquo;

The work of his team at Southampton University in the early 1990s was confirmed by other researchers and led to a complete overhaul of corticosteroid use.

The research showed that high doses of corticosteroids tricked the body's adrenal system, which produces natural steroids to help fight infections, into thinking it didn't need to add to the steroid load, leaving children unable to fight infections properly.

The researchers also found restricted growth in highly dosed children, and later research by Nick at Monash showed enough reduction in bone density to increase the risk of fractures.

Children overcome these side effects when their doses of corticosteroids are reduced.

In his battle against the overuse of corticosteroids, Nick and his team at Monash also found that children who had infrequent asthma attacks didn't need to be on the treatment all the time - as thought by some European doctors.

Thanks to the work of Nick and researchers like him, national guidelines in the UK, Australia and elsewhere now ask doctors to consider non-steroid asthma treatments before trying corticosteroids.

But as corticosteroids are so effective - they've 'revolutionised' asthma treatment, Nick says - the guidelines also suggest that doctors lower the dose once they've controlled asthma using them until they find a minimum effective amount.

Packaging instructions now recommend mouth-rinsing after inhaling corticosteroids to get rid of any excess that would otherwise enter the bloodstream.

Nick says the most likely cause of the growing incidence of asthma in children in the developed world is our success at fighting bacterial infections, which has left us more vulnerable to virus infections - the main cause of asthma attacks.

'If you grow up in a first world country, you have ready access to antibiotics and don't get the chronic bacterial infections found in the developing world,' he says. 'But your immune system is skewed toward the allergic spectrum of reactions, especially to virus infections, which cause 85 per cent of asthma attacks.'

Nick says we'll continue to rely on corticosteroids because our best virus vaccines only protect against influenza and not rhinovirus - the common cold - which is the most common asthma trigger, especially in winter and spring.

When infected by a virus, asthma sufferers have an allergic reaction as their airways become inflamed and narrow and their mucous production increases.

Attacks can occur often and prove very distressing in children, which is why they're the main cause of child hospital admissions. But they become less frequent for most children as they mature.

So, about 25 per cent of children need a corticosteroid preventer, particularly in winter, exposing them to possible side effects without a proper asthma management plan.

As Professor and Head of Paediatrics at Monash University, the Medical Director of the Women's and Children's Program for Monash Health, where he's also Medical Director of Monash Children's, and as a practising respiratory physician, Nick continues to research the dangers of corticosteroid use in children, especially children aged under six.

'That age group hasn't really been studied much in the world literature, and their immune system is so undeveloped and sensitive that even if we give them the lowest possible dosage we don't know if that's causing side effects.'

The Asthma Foundation of Victoria

The adoption of children from out-of-home care: how decision-makers explain the low rates of adoption in Victoria, Australia

The adoption of children from out-of-home care: The understandings of key decision makers in Victoria, Australia

Chest pain and exacerbations of bronchiectasis

Tracheobronchomalacia in children: review of diagnosis and definition