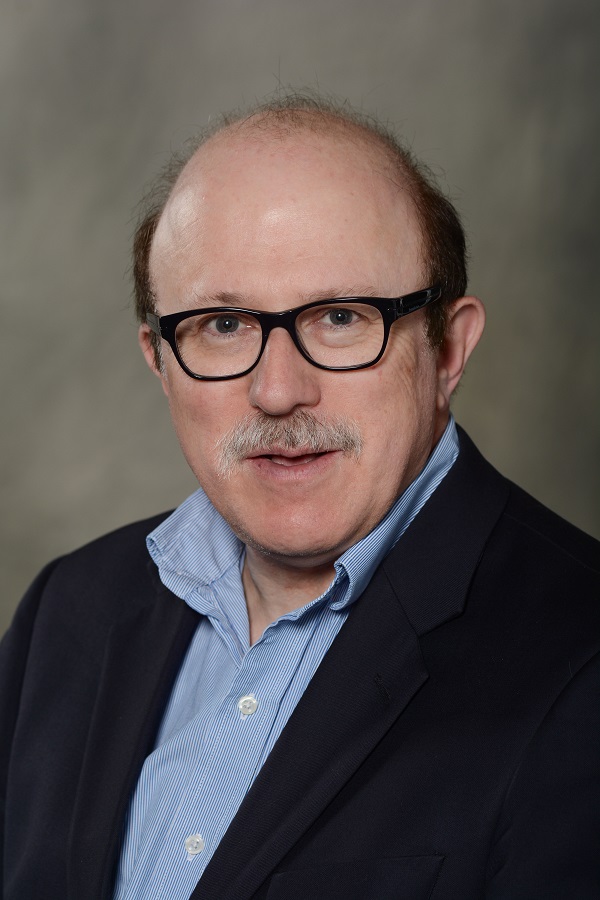 Michael is Deputy Head of the Department of Epidemiology and Preventive Medicine and visiting medical officer in Allergy, Immunology and Respiratory medicine at the Alfred Hospital in Melbourne. He graduated in Medicine from Monash University in 1979 and received his PhD from the University of Newcastle in 1990 for research into occupational asthma. His current research program covers the epidemiology of asthma and chronic obstructive pulmonary disease, including genetic and environmental risk factors such as air pollution and occupation, and the role of spirometry in managing these conditions. This work has been supported by the National Health and Medical Research Council, Department of Human Services, Victorian Health Promotion Foundation, Australian Lung Foundation and Asthma Victoria. He also provides epidemiological expertise to the Australian Centre for Radiofrequency Bioeffects Research.

Michael currently teaches epidemiology and Evidence Based Clinical Practice to medical students, postgraduate Clinical Epidemiology and units in the Doctor of Public Health at Monash University. He holds or has held positions on NHRMC and Health Research Council of New Zealand Grant Panels, and committees of the Australian Lung Foundation, Thoracic Society of Australia and New Zealand, Asthma Victoria, Asthma Australia and the National Asthma Council. He was a member of the Scientific Committees for the International Society for Environmental Epidemiology conference, the International Symposium on Epidemiology in Occupational Health and the Australasian Epidemiological Association conference. He has been an invited speaker at a number of international meetings. He received the research medal of TSANZ in 2011.

Michael has spent most of his academic life attempting to pin down the ever-elusive causes of asthma and allergies.

'Asthma has certainly increased dramatically over the course of a generation,' he observes. 'And since 1990 it has more or less plateaued - however, interestingly, other allergic disease have taken its place, such as hay fever and food allergies.'

For his PhD he studied occupational asthma amongst workers in aluminium smelters, one of the few forms of asthma that is potentially preventable.

'Our research now would seem to suggest that sulphur dioxide is probably the major gaseous contaminant most responsible for asthma in that workforce. That's actually quite important - because it might be possible to eliminate sulphur completely from aluminium production.'

However, environmental causes of asthma have proved much harder to ascertain. Is it due to furry animals, smoggy cities, mouldy bathrooms, grassy hills, infant paracetamol (Panadol), breastfeeding, 'bubble boy' parenting? The complexities of the world make answering that question an enormous challenge.

'There are other reasons why children do or don't have pets, and some of those are related to their risk of developing asthma - if parents have asthma, or if you have cat allergies, the child is much less likely to have cats. As for breastfeeding - it was not necessarily that it was causing asthma; GPs were advising the mothers who had asthma to breastfeed for longer, and that is why you find an apparent association. We thought there might be a link between paracetamol and asthma later in childhood - but it turns out that's just because parents usually give their children Panadol when they've got respiratory viral infections, which are a known trigger for asthma.'

It's fortunately proving much easier to locate sources of chronic obstructive pulmonary disease.

'The major cause of COPD is cigarette smoking, and we've known for a long time that miners who got exposed to coal dust were at an increased risk. We've more recently found that nurses and textile workers exposed to biological dust are also more likely to develop COPD.'

Always attentive to the actual tools and methods that assist in studying public health issues, Michael has recently analysed the usefulness of spirometry, a breathing test which measures how much air patients can inhale and exhale, and has been presumed to be quite valuable to better diagnose and manage cases of asthma. The results were surprising - and the effects of their publication may be wider reaching than Michael had anticipated.

'Spirometry is still useful for making a diagnosis. However, our data tells us that spirometry does not actually help GPs better manage their patients' asthma. Some years ago, I was a guest speaker at the Australian and New Zealand Society of Respiratory Science, which consists of people who make a living out of doing spirometry. I don't expect to be invited back there any time soon.'

Ambient heat and hospitalisation for COPD in Brazil: A nationwide case-crossover study

Association between heat exposure and hospitalization for diabetes in Brazil during 2000–2015: A nationwide case-crossover study