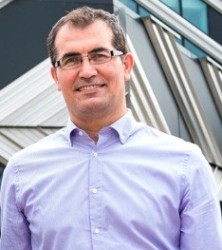 Yuce received a best journal paper award in 2014 from the IEEE Microwave Theory and Techniques Society (MTTS). He also received a NASA (National Aeronautics and Space Administration) group achievement award in 2007 for developing an SOI radio transceiver for space applications. He received a research excellence award in the Faculty of Engineering and Built Environment, University of Newcastle in 2010. He is an author of three books in the area of of wearable medical devices. He is an associate Editor for IEEE Sensors Journal. He is a senior member of IEEE.

A performance comparison between synchronous and asynchronous electrostatic harvesters