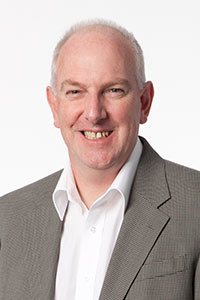 Professor Matthew Gillespie is an integral member of the Provost’s leadership team. With a particular focus on academic performance, graduate research and alignment of the University’s institutes and centres, Professor Gillespie provides strategic leadership to support the continual improvement of Monash’s academic reputation to meet its education and research goals.

Prior to Professor Gillespie’s arrival at Monash University in 2014 he was Director of Prince Henry’s Institute 2008-2013, and was an Associate Director of Melbourne’s St Vincent’s Institute of Medical Research.

An active member of the Australian and global scientific communities, Professor Gillespie has held editorial roles including on the boards of Arthritis and Rheumatism, Bone, Endocrinology, and the Journal of Bone and Mineral Research. He has also served on a number of research committees including the Cancer Council Victoria, NHMRC Research Committee (2006-2012) and NHMRC Audit Committee (2006-2019). He was president of the Australian Society for Medical Research (1999-2000) facilitating additional funding for the NHMRC, and also served for the Australian and New Zealand Bone and Mineral Society being President during 2011-2013.

During his term on NHMRC Research Committee he held the portfolio of Project Grants and has served as a Panel Chair on GRPs since 2006 as well as on ad hoc international special initiatives of NHMRC.

Professor Gillespie is trained in microbiology and immunology, and is a known for his works as a bone cell biologist and cancer researcher.

Physiological consequences of the loss of inhibin activity

Bone disease in thalassemia: A molecular and clinical overview

Deferasirox at therapeutic doses is associated with dose-dependent hypercalciuria