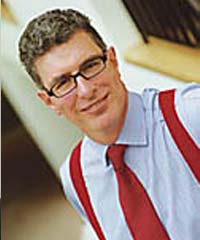 Martin Davies is Emeritus Wilde Professor of Mental Philosophy at the University of Oxford and an Emeritus Fellow of Corpus Christi College. He was Wilde Reader in Mental Philosophy from 1993 to 2000 and then took up a Professorship in the Research School of Social Sciences at the Australian National University, returning to Oxford as Wilde Professor from 2006 until he retired in 2017.

His research interests are in philosophy of mind and cognitive science, with recent work on delusions (including anosognosia for motor impairments), the methodology of cognitive neuropsychology, and consciousness; and empirical collaborations on the illusion of self-touch (a version of the rubber hand illusion), inattentional blindness, and motion-induced blindness. He is a Fellow of both the Academy of the Social Sciences in Australia and the Australian Academy of the Humanities.

Inattentional blindness on the full-attention trial: Are we throwing out the baby with the bathwater?

Spatial limits on the nonvisual self-touch illusion and the visual rubber hand illusion: Subjective experience of the illusion and proprioceptive drift