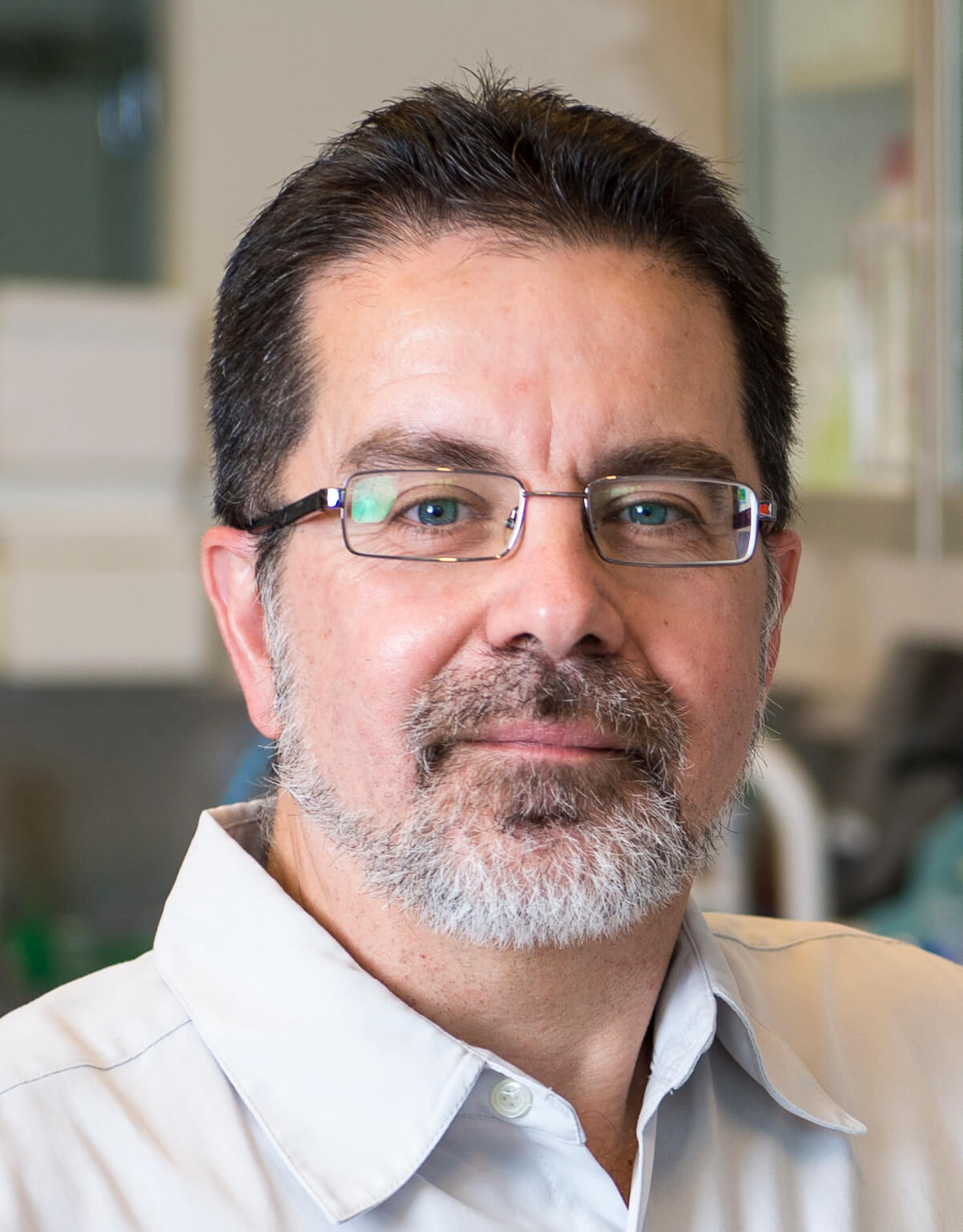 Professor Marcello Rosa says one-third of the human brain relates to vision in some way. The Monash Bionic Eye Project is working on the idea that bypassing the eyes and directly stimulating the brain will allow us to treat most people who lose their vision. As part of this project, Marcello is trying to understand how many subdivisions of the brain are responsible for vision, and what roles they play in this process.

Marcello says perception is a crucial area for the Bionic Eye Project. One of his focuses is to identify how neurones function in different parts of the visual cortex, and how electrical activity influences perception. He is studying various aspects of motion to understand this.

"We do research on exactly how brain cells interact with each other, to allow us to see that an object is moving from right to left, and at a certain speed," Marcello says. "We probe different areas of the brain with stimuli, or patterns that move at different speeds, and we try and find out which parts of the brain provide the signal that you use to perceive motion."

Marcello also studies the consequences of brain lesions such as stroke, which impacts on the ability of the brain to process information.

"We have a good idea of the function of the brain's subdivisions, but what happens if a person loses one of those? How can you re-route the information so they can recover some vision? We have substances that can reveal a single cell, and where it's sending information. When someone has a stroke, they might initially lose their sight, but we know that some of those functions recover. We're trying to understand what this recovery process actually means, in terms of how the cells in your brain reconnect with each other. The idea is that by understanding this process, you can then find ways of optimising and enhancing it," he says.

Marcello says their research on brain subdivisions gave them a unique insight into brain maturation. Their initial theory was that different areas of the brain don't mature at the same time. This turned out to be correct, but they also discovered that they mature in a manner that is more complex than originally thought.

"People used to think we had one primary visual area, but we actually found two distinct subdivisions of the primary visual cortex, which mature in parallel. A baby can see motion and recognise simple objects, but more complicated things come later in life."

Marcello also recently discovered a type of brain cell that can process complex signals, in an unexpected part of the brain. He says its existence highlights how little researchers know about how the brain processes information.

"We discovered a new type of cell in the brain. We were looking at a part of the brain that is thought to be responsible for very simple processing, sending from the retina to the cerebral cortex, but suddenly we found cells that have very complex electrical response patterns. We're studying this next year and it could have a big pay-off, because it goes against the current theory that processing is like a sequential computer. Because we found something complex at the beginning of the process, we have to try and explain what's going on."

Involvement of the claustrum in coordinating brain circuits

Neural circuits for residual vision after damage to striate cortex

A blueprint of mammalian cortical connectomes

Cortical Afferents of Area 10 in Cebus Monkeys: Implications for the Evolution of the Frontal Pole