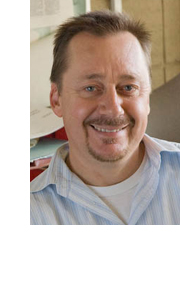 I was educated in the UK, Canada and Australia and received my Ph.D from Monash University where I have taught since 1995. The principal focus of my research has been on the construction and articulation of national identity in literature, media and film. I have conducted extensive research on military-media relations and the representation of war and published widely in this area.

My first book, Fighting Fictions: War, Narrative and National Identity (Pluto 1999) was a study of the cultural production of the Falklands War and the role of national memory in its framing and promotion. Following up on the South American theme, my second book, Lost Worlds: Latin America and the Imagining of Empire (Pluto 2009) examined how English, American and Australian writers employed Latin America, over a two hundred year period, as the locus for their most optimistic and darkest imaginings and how this shaped cultural relations with the countries of Latin America. In 2008 I edited a collection of essays on the Australian media’s coverage of the war in Afghanistan, or the lack thereof – What are we doing in Afghanistan? The Military and the Media at War (ASP 2009). In an effort to put the coverage of the war in Afghanistan in a broader context I edited another collection, The Information Battlefield: Representing Australians at War (ASP 2011). Drawing together the insights from these edited collections, my most recent monograph, Don’t Mention the War: The Australian Defence Force, the Media and the Afghan Conflict (Monash UP 2013) offered a comprehensive analysis of how the Australian media covered the war in Afghanistan and the forces that prevented them from reporting on the nation’s armed forces at war.

My current research focuses on three main areas – Social Media and the Military, a research project funded by the Australian Army Research Centre, the Photographers of Australia’s Military History Section during the Second World War, and Australian photo-magazines from 1939-45.

I have supervised a number of students, across my research areas, at Honours, MA, MPhil and PhD including the following topics:

Witnessing the Vietnam War: The Transformation of the Journalistic Practice of Neil Sheehan (Honours)

Fight like hell for the living: the role of Australia and New Zealand's Vietnam War veterans in representing and commemorating the Vietnam War in museums and other public history projects (MA)

I have also acted as External Examiner on a number of theses at the Universities of Tasmania, Wollongong, Canberra, Victoria and ANU.

Social Media as a Force Multiplier: A Study of Military Best Practice

"Infamy! They've got it in me: Review of No Front Line: Australia's Special Forces at War in Afghanistan, by Chris Masters

'Every picture ...' Review of Double Diamonds: Australian Commandos in the Pacific War 1941-45 by Karl James

False memories and professional culture: The Australian Defence Force, the government and the media at war in Afghanistan