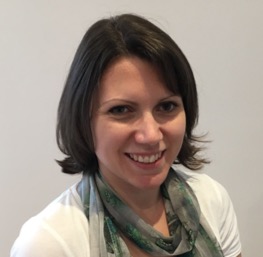 I use comparative genomics techniques and metabolic modelling to investigate the diversity of Klebsiella pneumoniae, a bacterium that causes large numbers of hospital-associated infections with high rates of drug resistance. I am particularly interested in the features and evolution of closely related groups of K. pneumoniae, called ‘clones,’ that seem to be associated with distinct behaviours and clinical risks e.g. some are particularly good at becoming drug-resistant while others are particularly virulent.

I am an NHMRC Emerging Leadership Fellow based in the Microbial Genomics Lab in the Department of Infectious Diseases. I am a co-developer of Kaptive and Kaptive Web (tools for identification of Klebsiella surface polysaccharide loci in whole genome sequence data) and recently completed a large-scale genomic comparison of 28 distinct K. pneumoniae clones, which revealed key differences in their evolutionary dynamics.

My prior experience includes 2 ½ years as a Staff Researcher at IBM Research – Australia where I was a founding member of the IBM Research – Australia Genomics Team and later became the Team Lead. My team was interested in exploring the use of computing for clinical and public health genomics. We collaborated with colleagues around the world and contributed to a number of applied and pure research projects, including an evolutionary exploration of drug-resistant Mycobacterium tuberculosis, the bacterium that causes TB.

Before moving to Australia and joining IBM I completed my Bachelor’s and Doctoral degrees at the University of Oxford, UK. During my doctoral degree, I studied the genomic evolution of another important disease-causing bacterium, Streptococcus pneumoniae. I focused on the evolution of penicillin resistance and capsule switching, which is important for vaccine design.

A clone-specific risk framework for Klebsiella pneumoniae transmission and AMR

Comment on: CG258 Klebsiella pneumoniae isolates without β-lactam resistance at the onset of the carbapenem-resistant Enterobacteriaceae epidemic in New York City