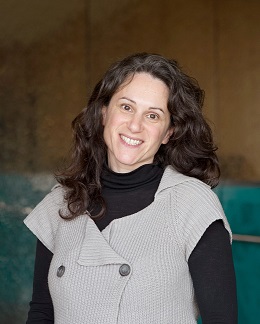 I completed my B.A. (Hons) at Monash University in 1992, and I have an M.A. (1998) and a PhD (2002) from the University of Melbourne. My scholarship engages with the effects of Jewish emancipation on the non-Jewish world, ranging across French, British, and Mediterranean settings.

I am the author of Rethinking Antisemitism in Nineteenth-Century France (Cambridge University Press, 2010), short-listed for the best first history in the Victorian Premier’s literary awards. My next work, Orientalizing the Jew: Religion, Culture and Empire in Nineteenth Century Francewas funded by an Australian Research Council Discovery Grant, and is forthcoming with Indiana University Press in February 2017. This book explores the ways that Jews, both real and imagined, were central to French Orientalism.

My current project is supported by an Australian Research Council Future Fellowship. This project, entitled The Kings of Algiers, will explore the story of a Jewish-Algerian trading house in the late eighteenth and early nineteenth centuries. The House of Bacri and Busnach enjoyed great power in the strategic port of Algiers. In an age when the French and British competed in imperialism, and America sought to establish itself as a strong imperial power, the Bacris and Busnachs were able to play the three nations off against one another, for their own gain. They let us tell the story of competitive Franco-British and American imperialism in the Mediterranean from a perspective that doesn’t lock us in to one or the other national narrative.

I edit the proceedings of the George Rudé Seminar in French History and Civilisation, published on H-France.

Sephardic Jews and the Untold Mediterranean

SMUGGLED: An Illegal History of Journeys to Australia

Absence in the Aftermath

Eurovisions: The Identity and the International Politics of the Eurovision Song Contest

Absence in the aftermath