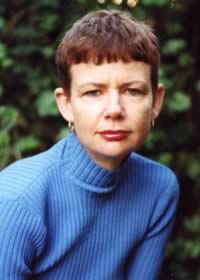 Professor McCulloch is the inaugural Director of the Monash Gender and Family Violence Prevention Centre. She has degrees in Law and Commerce from Melbourne University and a Masters and a PhD in Criminology, also from Melbourne University. Her early research investigated the growing integration of war and crime, police and the military and security and crime control and the implications of this for justice. Her book Blue Army: Paramilitary Policing in Australia (2001) considered the contemporary rise and normalisation of paramilitary policing. Her subsequent research and scholarship continue to focus on this topic, particularly in the context of counter terrorism, post 9/11. Her recent research considers a temporal shift from post crime to pre-crime. Her book Pre-Crime: Preemption, Precaution and the Future (with Dean Wilson) is the first indepth investigation of pre-crime. Recent research projects focus on family violence including risk, women's security and the connections between family violence and terrorism. Her 2017 Australian Research Council Discovery Grant (with Maher, Fitizgibbon and Walklate) is titled Securing Women's Safety: Preventing Intimate Partner Homicide.

Prior to completing her PhD, Professor McCulloch worked in a women’s refuge and for many years subsequently as a legal practitioner specialising in policing, gendered crimes and social justice.

As a community lawyer she worked as a duty lawyer on the family violence list; wrote, researched and contributed to many policy papers and submissions to government on aspects of law and law reform; was a media spokesperson on a broad range of law, access to justice and social justice issues; the Chair of Victoria Legal Aid grant review panel and; provided legal advice, assistance and representation to clients. In addition to this Professor McCulloch authored significant legal education materials including Victoria Legal Aids’ booklet on Sexual Assault and the Law.

Professor McCulloch was recently 2016 lead Chief Investigator with four others on a Department of Human and Health Services contract to conduct a comprehensive review of the Victorian Family Violence Common Risk Assessment and Management Framework. During the course of this review,conducted over 10 weeks, more than 1,100 people were consulted from more than 125 organisations across Victoria. The innovation and success of this project was recognised by the 2016 Dean’s Award for research impact and the project's nomination for a B/HERT best community engagement award and being shortlisted for the CHASS distinctive work prize.

2017 The Review of the Victorian Common Risk Assessment and Risk Management Framework Shorlisted for the CHASS distinctive work prize.

2005 Griffith University Prize for Research Improving Policing for Women – Presented by the Australasian Society for Women and Policing for ‘Brute Force: The Need for Affirmative Action in Victorian Police’

Penal power and border control: Which thesis? Sovereignty, governmentality, or the pre-emptive state?

Understanding and responding to family violence risks to children: Evidence-based risk assessment for children and the importance of gender

Dean's Award for Excellence in Research Impact and Engagement

New body for complaints against police in Victoria is a good move, with some caveats

The failure to recognize the link between violence against women and public violence, such as lone actor attacks, undermines effort to prevent such events