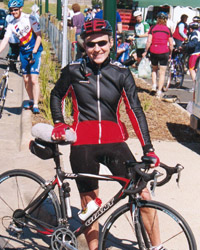 Prof Mills is an internationally-respected physician, scientist and businessman. In addition to his Emeritus Professorship at Monash University he holds professorial positions at RMIT and the University of California, San Francisco (UCSF). He is the Director of Research and Development at TissuPath Specialist Pathology, a Consulting Physician at The Alfred Hospital, Chairman of the Research Program and Research Advisory Committee of the Prostate Cancer Foundation of Australia (PCFA) and a non-executive director of GBS Venture Partners Pty Ltd.

His past academic appointments were at Howard University in the USA and the University of Melbourne. From 1976 to 1992 he was Chief of Infectious Diseases at UCSF based at San Francisco General Hospital where he played an important role in the UCSF and US response to the AIDS epidemic as Principal Investigator of the UCSF AIDS Clinical Trial Group (ACTG) from 1985-1992 and Chairman of the ACTG Opportunistic Infection Committee from 1986-1990.

From from 1992 to 2002 he was (Managing) Director of the Burnet Institute; amongst his achievements there was the founding of AAMRI, the Association of Australian Medical Research Institutes, the peak body representing medical research institutes and now including over 40 members.

His past business experience includes non-executive director positions at three ASX-listed companies, AMRAD Corporation, Phosphagenics Limited and Narhex Life Sciences; he was Chairman of AMRAD for 8 months and Deputy Chair for 2 years, Managing Director of Narhex Life Sciences for 2andfrac12; years, and Executive Chairman of a Swedish company, Cavidi AB, for 6 years.