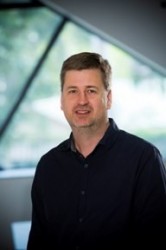 The study of the brain is among the most exciting frontiers in modern medical science. As neural tissue engineer Associate Professor John Forsythe is discovering, the brain has potential not previously imagined, perhaps even the potential to regenerate.

However, he has made a dramatic shift in his research focus, and begun work in what has become his passion: neural tissue engineering.

Within this rapidly developing field John is applying his knowledge of materials engineering, biomaterials and nanotechnology to help develop new therapies to regenerate damaged neural pathways in the brain. The work offers hope for potential new treatments of neurodegenerative diseases such as Parkinson's and Huntington's diseases.

'I made the shift because I saw an interest in this new, interdisciplinary field, and I felt my research could make a difference and help people,' John says.

This is a complicated business. The brain has evolved over millennia to resist great change in adulthood - it's an innate survival mechanism to prevent critical, hard-wired processes from being erased. So John and his colleagues must trick the brain into accepting the foreign cells, and at the same time create an environment to encourage the growth of stem cells.

Working at the nanoscale, John creates temporary biological or synthetic structures (sometimes a mix of both) to protect and direct the implanted cells. He is also studying the use of different materials at the surfaces of these structures to aid cell growth and survival, delving further into a new branch of science, bionanotechnology.

'We are utilising concepts that are established in nanotechnology and applying them in the biological setting,' John says.

'We need to get down to the nanoscale because the cells interact differently at that level. In fact if you look at the brain, it is itself nanostructured. So we are trying to replicate this nanostructure of the brain in the artificial matrix that we are making, taking cues or signals from what the brain looks like, and building that artificially in these scaffolds.

'This interface between nanotechnology, materials engineering and neurology is really exciting, and they can feed off each other really well.'

Collaboration and cross-disciplinary research is integral to John's work. His nanostructures are being used in a number of projects with partners such as the Australian Regenerative Medicine Institute, the Howard Florey Institute, the Mental Health Institute Victoria, the Monash Immunology and Stem Cell Laboratories, the CSIRO and the Monash Institute of Medical Research.

John is also currently collaborating on the Monash Vision Group's bionic eye project. He will help develop neural prosthetics, electrodes that have increased compatibility with the brain and act as an implanted receiver, passing signals from external cameras directly to the visual cortex. The project has the potential to radically improve the freedom and living standards of people with severe vision impairment.

Immunospheres: creating an immune system in a microparticle

Immunospheres: creating an immune system in a microparticle

Stem cell based strategies for re-establishing T cell immunity in aging and disease.

Immunospheres: Creating an immune system in a microparticle