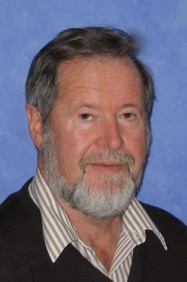 In 1990 I set up a neuropsychology research unit, initially to study disorders of attention following stroke (unilateral neglect or hemi-inattention) and disorders of movement in the neurodegenerative disorders Parkinson's and Huntington's diseases.

To that end I developed a range of novel devices and paradigms, including a programmable serial choice-reaction-time device (now adopted for a major international multi-site study into the preclinical development of Huntington's disease), and a vibrotactile choice reaction time device to extend the classic Posner paradigm into the tactual modality. I have also developed a wide range of cognitive tasks, perhaps the most important being the staged "arrows" task which assesses levels of inhbitory (frontostriatal) dyscontrol and is now being widely used in brain imaging.

Our original work with neurodegenerative disorders of the basal ganglia/frontostriatal system soon extended to dystonia, Alzheimer's disease and Friedreich ataxia; and to neurodevelopmental disorders of the frontostriatal system - Tourette's and Williams syndromes, obssessive-compulsive and attention-deficit-hyperactivity disorders, schizophrenia, autism (and, separately, Asperger's disorder). To these, we next added compulsive gambling, addictive behaviours, inhibitory dyscontrol with violent offending, and depression (melancholic vs. nonmelancholic). Latterly, we have also addressed fragile X, and are attempting to assess the relative contributions of the frontostriatal and the frontocerebellar systems to the sequencing and fine control of movement in health and disease.

Separately from the above, my students have been working on synaesthesia, phantom limb phenomena, and empathy for pain.

Since 1990 I have authored or co-authored 4 major books (another 4 before then), 20 invited book chapters and 276 journal articles. The latter include 2 in Nature, 1 in Science, 8 in Brain, 15 in J Neurol Neurosurgery and Psychiatry, 13 in Movement Disorders, and 6 in Experimental Brain Research.

Experimental neuropsychology with special reference to the frontostriatal system and disorders of control, attention and movemement, i.e. the neurodegenerative disorders Parkinson's, Huntington's and Alzheimer's diseases, and the neurodevelopmental disorders Tourette's syndrome, obsessive-compulsive and attention-deficit-hyperactivity disorders, schizophrenia, autism and depression.

Friedreich's attaxia, Williams syndrome. Impulsivity and violent aggression, addiction and problem gambling. The evolution of language, praxis and tool use.

Are neurobehavioural and neuromotor impairments associated with FMR1 gene expansion?

When should the cognitively impaired be referred for driving assessment? Neuropsychological correlates of driving performance in Parkinson's disease

Degenerative Disorders of the Brain

Reflections of a Neuropsychologist: Brushes with Brains

Why our brain caves random noise

Developmental Disorders of the Brain