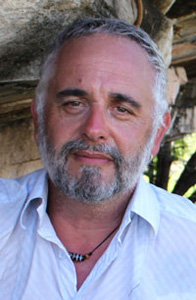 Thousands of years of Australian history are dangerously close to disappearing as Indigenous languages across the country face extinction. Now, Dr John Bradley of the Monash Indigenous Centre and a group of Monash computer animators are working with Indigenous communities to preserve this fragile heritage though a combination of ancient wisdom and hi-tech know-how.

John has worked alongside Indigenous communities in the southwest Gulf of Carpentaria, in the Northern Territory, for more than 30 years. In that time he has developed a close bond with the local Yanyuwa people, and is now among a tiny minority of people who speak Yanyuwa fluently.

Less than 40 years ago there were 260 speakers of Yanyuwa. Now there are four. It is a phenomenon repeated across Australia's Indigenous communities. Of the 250 languages that were once spoken in Australia, less than 100 are now with us, and only about 20 are considered strong.

"To watch a language die is one of the saddest things I've ever experienced," John says.

"Because incredibly intimate knowledge about Australia just disappears and if you haven't reclaimed it, then it's gone forever. It is silenced.

John has teamed with animators from the Monash Faculty of Information Technology to preserve the heritage of the Yanyuwa people and save the critical knowledge. The community have produced a series of traditional dreaming stories using 3D computer animation.

Narrated in Yanyuwa, the animations form a living cultural archive, a will and testament to future generations. John and his team are guided by the Yanyuwa in selecting and bringing to life the stories, and the animations remain in community ownership.

Known as the Monash Country Lines Archive, this use of Western media to capture the essence of an intangible Australian heritage has been warmly welcomed by the Yanyuwa, and is helping bridge a generational divide that is crucial to the preservation of their language, song and story telling methods.

"Through the animations the older generation are finding a space to actually teach young people who are captivated by a technology that they are so used to, but now the technology is actually speaking about something that belongs to them, and that's been the critical point," John says.

Aided by a transformational gift from the Alan and Elizabeth Finkel Foundation, John and his colleagues are working to make their animation technology available to indigenous communities across Australia, and overseas.

"In 10 years time I would like to have many, many more animations done of as many languages as possible in Australia, and know that they are not only serving a purpose in the Indigenous community to whom the knowledge belongs, but that we find avenues to bring them out into the wider Australian community and see them as serious narratives about this country that we all call home."

Investigating the impacts and future of land rights and land restitution

The Alan and Elizabeth Finkel Foundation

Kincentric Ecology, Species Maintenance and the Relational Power of Place in Northern Australia

“Why Those Old Fellas Stopped Using Them?”: Socio-religious and Socio-Political Dimensions of Stone-walled Tidal Fish Trap Use and Dis-use Amongst the Yanyuwa of Northern Australia

A place of substance: Stories of indigenous place meaning in the Southwest Gulf of Carpentaria, Northern Australia