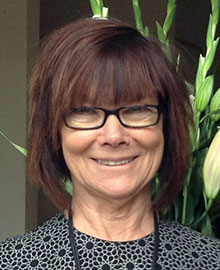 Jenny Hocking is an award-winning biographer, Emeritus Professor and political commentator. She is the author of the acclaimed two-volume biography of Gough Whitlam, Gough Whitlam: A Moment in History (Melbourne Universiry Publishing 2008) and Gough Whitlam: His Time (Melbourne Universiry Publishing 2012), winner of the Fellowship of Australian Writers’ Barbara Ramsden Award and shortlisted for several awards including the Prime Minister's Literary Awards and the National Biography Award.

Her latest book is The Dismissal Dossier: Everything you were Never Meant to Know about November 1975 – the Palace Connection (2017).

Jenny Hocking has written several books and is best known as a political biographer. She is the author of biographies of three major Australian figures – former Attorney-Genral and High Court justice Lionel Murphy, author and activist Frank Hardy and former Prime Minister Gough Whitlam. Her biographies are known for their forensic archival research driven by a strong historical narrative. Her first biography, on High Court justice and former Attorney-General in the Whitlam government, Lionel Murphy, was published by Cambridge University Press in 1997, with a foreword by Justice Michael Kirby. A second, expanded, edition was published in 2000. Frank Hardy: Politics Literature Life was published by Lothian Books in 2005.

In 2008 Hocking published the first volume in her major biographical work, her award-winning two-volume biography of the former Australian Prime Minister, Gough Whitlam. The first volume, Gough Whitlam: A Moment in History, was published in 2008 and was long-listed in the 2009 Walkley Awards and shortlisted for several national literary awards including the Magarey Medal for Biography, the Queensland Premier’s Awards, The AgeBook of the Year and the Prime Minister’s Literary Awards.

The second volume Gough Whitlam: His Time, was published in 2012 and created intense interest with its revelations, from detailed archival research, of previously unknown aspects of the dismissal of the Whitlam government by the Governor-General, Sir John Kerr. In particular, her revelation of the identity of the long speculated ‘third man’, the then High Court justice Sir Anthony Mason, in the dismissal of the Whitlam government was seen as ‘reigniting a wave of controversy’ over Kerr’s actions.  Following these revelations Sir Anthony Mason, who had previously refused to speak on or acknowledge his role in this matter, released his only public statement about his role in the dismissal confirming the substance of Kerr’s record of their meetings and his involvement. Professor Hocking’s biography of Gough Whitlam was short-listed for several national literary awards, including the Prime Minister’s Awards for Literature and the National Biography Award, and won the Barbara Ramsden Award in the 2014 Fellowship of Australian Writers National Literary Awards. The judges described it as ‘a monumental project … reminiscent of the glory days of publishing’.

In 2015 Jenny Hocking published the definitive account of the dismissal of the Whilam government, the culmination of her decade-long research into Gough Whitlam and his government, in The Dismissal Dossier: Everything You Were Never Meant to Know About November 1975 (updated in 2016 and 2017).

Invitation to allege: Release of the Lionel Murphy papers reveals the persecutory nature of the Commission of Inquiry

Relics of colonialism: the Whitlam dismissal and the fight over the Palace letters

‘A transforming sentiment in this country’: The Whitlam government and Indigenous self-determination