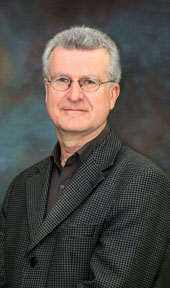 Jeffrey Goldsworthy has worked at Monash University since 1984, and held a Personal Chair from 2000 until he retired at the end of 2016. In retirement he is still actively engaged in legal research.

His major interests are legal philosophy, and constitutional law, theory, and history. He has numerous publications in these fields, but is best known for his books "The Sovereignty of Parliament, History and Philosophy" (Clarendon Press, Oxford, 1999) and "Parliamentary Sovereignty, Contemporary Debates" (Cambridge UP, Cambridge, 2010), his edited collection "Interpreting Constitutions, A Comparative Study" (Oxford UP, 2006), and many journal articles on statutory and constitutional interpretation.

"Law Under a Democratic Constitution; Essays in Honour of Jeffrey Goldsworthy” (Hart Publishing, Oxford, 2019), edited by L B Crawford, P Emerton and D Smith, was published to mark his retirement.

A selection of Professor Goldsworthy's publications is available on-line at:
http://papers.ssrn.com/sol3/cf_dev/AbsByAuth.cfm?per_id=513424

Member of the Order of Australia (AM), "for significant service to education, particularly to legal history and philosophy", January 26, 2020.

LLD, The University of Adelaide, 2002, for “work which constitutes an original and substantial contribution of distinguished merit to legal knowledge or understanding.”

Honorary Life Member, the Australasian Society of Legal Philosophy, from 2014.

2007 Vice-Chancellors Equity and Diversity award for significant contribution to equity and diversity principles at Monash University.

Legislative, judicial and popular participation in the protection of human rights in Australia

Construing Statutes: The Interaction between a Statute's Linguistic Content and Principles of Statutory Interpretation

A Principled Theory of Legal Interpretation

Against a Constitutional Bill of Rights in Australia

The real standard picture, and how facts make It law: a response to Mark Greenberg