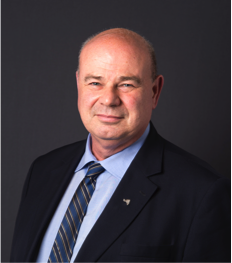 Professor Ian Smith completed his first degree in Newcastle upon Tyne England and moved to Australia in 1984 to complete his PhD at Prince Henrys Institute Melbourne and Monash University. In 1991 Ian moved to the Baker Heart Research Institute and was Associate Director until his move to Monash University in 2004.

Ian is currently Vice-Provost (Research & Research Infrastructure) and has responsibility for the oversight and management of the universities research alliances and research infrastructure as well as developing and implementing strategies to meet future university infrastructure needs in these areas.

Ian is an accomplished medical researcher and is recognized as a leader in his field. His research applies proteomics technologies to study the proteases involved in the generation and metabolism of peptide regulators involved in both brain and cardiovascular function This research has resulted in over 250 publications and many patents. Ian receives regular invitations to speak at international meetings, many as a plenary speaker. His research has had a direct impact on human health and has led to changes in clinical practice. Ian was a co-founder of a proteomics-based, publicly listed, biotechnology company and he continues to collaborate and consult widely with the pharmaceutical and biotechnology industry. Ian serves on six international editorial boards and over the years he has held office-bearing positions in a number of national and international societies and has had an active involvement in the organisation of numerous national and international scientific meetings. Finally, he has held and continues to hold, a variety of national and international senior government and non- government advisory board/committee memberships.

LABORATORY-BASED DEVELOPMENT OF SYSTEMS AND BIOMARKERS TO ASSESS CIRCADIAN, SLEEP AND ALERTNESS STATES.

iLearn: an integrated platform and meta-learner for feature engineering, machine-learning analysis and modeling of DNA, RNA and protein sequence data

New tool to speed up translation of genome sequences