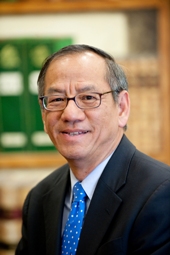 He was a visiting scholar at Wolfson College, Cambridge University in 1985-86. He was appointed an Adjunct Professor of Law at the Northern Territory University (now the Charles Darwin University) (1995-2001), and Adjunct Professor at the City University of Hong Kong (2009-2011 and 2011-2014). He was the Associate Dean (International) 1998-1999, Associate Dean (Staffing)/Deputy Dean 2000-2003 and Acting Dean October 2003 - January 2004. He was appointed the Chairman, International Humanitarian Law Advisory Committee of the Australian Red Cross Victoria (1998-2000). He was the Vice-Chairman of the Australian Press Council 2004-2010. He was appointed a member of the Monash University Institute of Graduate Research(MIGR) for five years from 1 July 2012.

In 2011, he was awarded the Australian Press Council Medal.

Constitutional Law of Malaysia and Singapore

The challenges of judicial independence in the Asia-Pacific