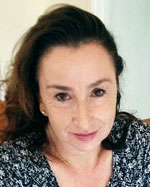 Fay has authored and edited four books including An Historian's Life: Max Crawford and the Politics of Academic Freedom (MUP, 2005); her co-authored book with Richard Trembath Witnesses to War: The History of Australian Conflict Reporting (MUP, 2011); and Shooting the Picture: Press Photography in Australia, co-authored with Sally Young (MUP, 2016). Fay's forthcoming book, The Holocaust and Australian Journalism: What They Knew will be published by Palgrave Macmillan in 2021.

One of its most important initiatives of the project is sixty oral history interviews with Australian newspaper and magazine photographers kept at the National Library of Australia's Oral History and Folklore Collection, https://catalogue.nla.gov.au/Record/6422095.

Fay’s latest ARC-funded project is ‘Envisaging Citizenship: Australian Histories and Global Connections’ [DP200100088]. The project, led by Professor Jane Lydon, with Professor Amanda Nettelbeck and Professor Melissa Miles, aims to investigate the ways that visual images have defined, contested and advanced ideas of Australian citizenship and rights from European settlement to the present. Responding to the lack of a shared mainstream understanding of Australian citizenship, it looks beyond legal definitions to explore cultural and especially visual views of citizenship over time. Through collaboration with museum, media and education sectors, our project will provide a forward-looking and accessible public history, and utilise the potential of images to broaden contemporary debates about citizenship.

Fay has supervised 11 PhD candidates to completion, and would particularly welcome research degree supervisions in:

A history of press photography in Australia

"Celebrating the Anzac spirit": the visual representation and censorship of the Australian soldier

Underdesirable types - the surveillance of journalists

UNESCO Research Conference on the Safety of Journalists

Shooting the picture then and now

Racing to shoot the picture

We censor war photography in Australia – more's the pity