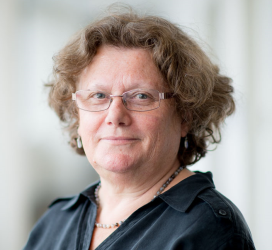 Deborah Glass graduated in Natural Sciences at Cambridge University in 1974. She obtained a teaching qualification from Leicester University in 1975 and taught for 4 years.  She did a Masters in Occupational Health and Hygiene in 1979/80 and then worked in industry as an occupational hygienist, carrying out a range of work including pharmaceutical, agrochemical and asbestos sampling, noise assessments, biological and surface sampling.  She joined the Institute of Occupational Health, University of Birmingham in 1985 and became a Lecturer in Occupational Hygiene in 1989.

Deborah came to Australia in mid 1995 and joined Health Watch, a prospective cohort study of workers in the petroleum industry in Australia, then based at Melbourne University. She completed a PhD with Deakin University based on this work in 1999.
She joined Monash in 1998 and works in the field of exposure assessment for epidemiology.  Current research projects include:

She is unit coordinator for a Monash MPH, 2043; Chemical and Biological hazards and 2022
In 2006 she joined the ACGIH TLV committee.  In 2007 she became a member of the Occupational Cancer Risk Working Party of The Cancer Council Australia.  She chairs the AIOH mentoring committee, is a member of the COH committee, a past Council member and past Education Committee Chair of the Australian Institute of Occupational Hygienists (AIOH). She was made a Fellow of the AIOH in 2008. In 2009 she was invited to become part of the International Advisory committee of the Annals of Occupational Hygiene and in 2010 became an assistant editor of that Journal.

Interventions to Reduce Future Cancer Incidence from Diesel Engine Exhaust: What Might Work?

Isocyanates in Australia: Current exposure to an old hazard

Latex glove use among healthcare workers in Australia

Prevalence of exposure to occupational carcinogens among farmers