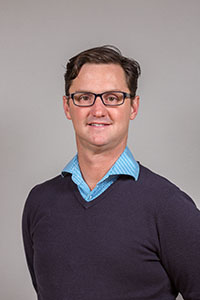 David Shackleford leads the Biopharmaceutics section of the Centre for Drug Candidate Optimisation (CDCO). He completed his studies at the University of South Australia before moving to Melbourne to undertake a post-doctoral position with Professor Christopher Porter and Professor Susan Charman in the Department of Pharmaceutics, Monash University. David specialises in pharmacokinetics and drug metabolism within the area of ADME lead optimisation. In 2003, he joined the CDCO. David's role focusses on activities as they relate to the classification of novel compounds PK/ADME properties. Outside of work he enjoys various interests including racing bicycles, flying gliders, building model aircraft and swing dancing.