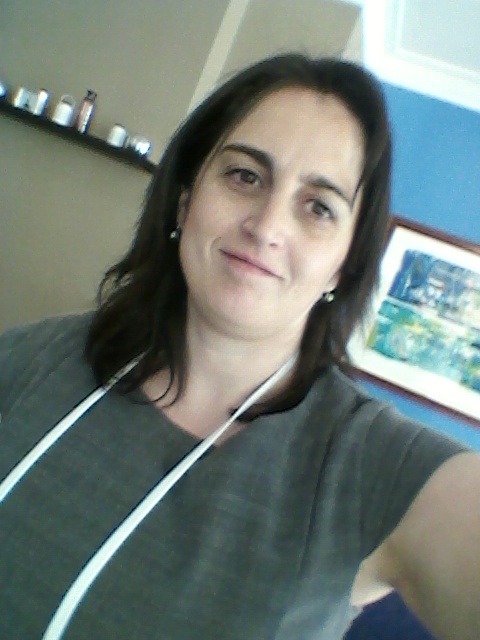 The complexities of cell communication

There is far more going on at the surface of the body's cells than had previously been imagined. Dr Dana Hutchinson's research could turn this newly discovered complexity into better treatments for patients.


Dana had a head start in understanding the complex world of pharmaceutical science. The daughter of a pharmacologist, she has been familiar with the fundamentals of the mechanisms that drive the human body on a cellular level from a young age.

Now her own research is helping explain the newly discovered intricacies occurring at the cell surfaces deep within all of us.

Dana studies the way chemical interactions are regulated by receptors on the cell surface.

The largest and most diverse family of receptors are G-protein coupled receptors (GPCRs), which relay information from external stimuli to cells. GPCRs are the focus of almost a third of all current therapeutics, making them particularly attractive to pharmaceutical companies.

Dana is investigating how GPCRs can modulate glucose metabolism in skeletal muscle and fat, research that could have major implications for the treatment of diabetes.

It is hoped that GPCRs prove to be more effective at targeting and interacting with the key protein, AMP-activated kinase (AMPK), which plays a pivotal role in balancing the body's energy by regulating glucose metabolism, food intake and body weight. By targeting the protein only in the desired tissues, you could reduce potential side effects and increase the positive effects of treatment.

"You can get specificity with GPCRs that you don't otherwise because they are differentially expressed throughout the whole body," Dana says.

"AMPK as a target itself is expressed in most cells - obviously at higher degrees in ones that are important for metabolism like the heart, pancreas and skeletal muscle - so if you want to activate AMPK in skeletal muscle to increase glucose uptake, you could actually get reactions in the brain telling you to eat more, which is not a good thing.

"So if you could get a GPCR that maybe isn't expressed in the brain but is just in skeletal muscle you can get specificity that way."

Dana's GPCR work has been supported with a National Health and Medical Research Council Career Development Awards Scheme grant, which she received in 2009.

This work is complemented by a study of the relatively new field of ligand-directed stimulus bias, which attempts to discover why some drugs activate different cell signal pathways despite having the same characteristics.

The most common example of this kind of irregularity is found in the beta blocker class of drugs often used to regulate heart problems in older Australians.

"All beta blockers were designed the same way originally, so they stop the action of noradrenaline and adrenaline on your heart, so your heart rate will go down," Dana says.

"But what they are seeing clinically is that some beta blockers are better than others, having a more cardio-protective effect when theoretically the drugs should all be the same.

"So they're actually activating the receptor in a different way and causing beneficial effects in themselves. We are trying to understand why this difference is occurring, and working to maybe select drugs to activate the pathways that give the cardio-protective effect."

Understanding this process could lead to creating more selective drugs that offer better treatments to patients.

Characterisation of novel ligands for diabetes