If you made any changes in Pure these will be visible here soon.

I am a specialist in nineteenth-century literature, with particular interests in British Romanticism, Orientalism, Irish studies, and the reception of the classical tradition. Primarily I work on the poetry of Samuel Taylor Coleridge, William Wordsworth, Tennyson, and John Keats, with attention to other authors such as Joanna Baillie, Sara Coleridge, Edward Gibbon, Charles Lamb, and Thomas de Quincey. Increasingly I am drawn to nineteenth-century interdisciplinarity, particularly the relation of literary texts to material culture. I’m also an author of narrative non-fiction. What unites these themes is a fascination with what happens when different cultures come into contact; whether it’s the way that ninteenth-century authors reinterpret classical myth, or how Zen traditions pass into modern settings.

I came to Monash in 2017 having studied at University College Dublin (BA), the University of Bristol (MA), and the University of Warwick (PhD), and having held fellowships at Nanyang Technological University and Durham University. At Monash I serve on the steering committee for the interdisciplinary Nineteenth-Century Studies Research Unit. I convene undergraduate offerings on Romanticism and Anglo-Irish literature and contribute to a range of other courses. Amongst other affiliations I am a member of the Friends of Coleridge, the Irish Studies Association of Australia and New Zealand, and the Romantic Studies Association of Australasia. In 2017 I was elected a Fellow of the Royal Asiatic Society. 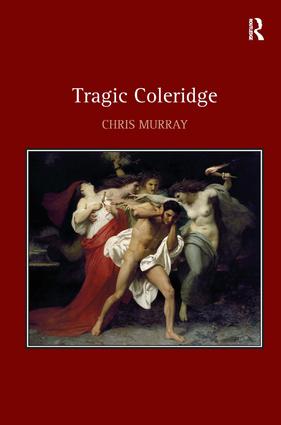 My first book, Tragic Coleridge (2013), argues that a philosophy of sacrifice permeates Samuel Taylor Coleridge's poetical and critical works, drawn primarily from his reading of the ancient Greeks, Shakespeare, Milton, and contemporary German writers. I followed this with Crippled Immortals (2018), a narrative nonfiction about my adventures in Singapore, Malaysia, and China. My next book, forthcoming from Oxford University Press in July 2020, is entitled China from the Ruins of Athens and Rome: Classics, Sinology, and Romanticism, 1793-1938.

Jane Austen: By a Lady Exhibition

The swimmer and the martial artist on Sporty