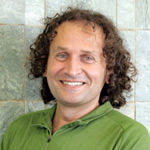 The past as a present

Anthropological archaeology, as practiced by Dr Bruno David, is as much about the present as it is about the past. In interpreting artefacts, artworks, people's stories and histories, Bruno understands that what is at stake is not just the past, but what it means to people and cultures alive today. For Bruno, archaeological research is both scientific and personal, and needs to be sensitive to scientific excellence, cultural values and ethical integrity.

Bruno views each archaeological project as a partnership. It is a partnership between the past and the present, between science and culture, and between himself and the communities he works alongside.

"My work is not about just jumping back into the past, but rather about looking at ways that the past is meaningful to people today," Bruno says.

"So researching the history of peoples and communities needs to start from the present. Even if we are looking at something that is 40,000 years old, we don't just go straight to those old sites; we start with conversations about why and how we should look at these sites today.

"As a social scientist, I know that these places are not just scientific sites, but belong to and are deeply connected with the people who are the descendents of those places."

This guiding principle has been with Bruno throughout much of his career, which now spans some 30 years. Prior to joining Monash University in the 1990s, he worked with the University of Queensland and with an Aboriginal organisation in Cape York Peninsula, northern Australia. He has authored and co-authored more than half a dozen books, and worked on archaeological projects throughout Australia, the Asia-Pacific and the Americas. In 2007 he was awarded The Bruce Veitch Award for Excellence in Indigenous Engagement by Australia's peak archaeology bodies.

Bruno approaches each project with a focus on community, and says his role is to help communities learn more about their own history by bringing specialist archaeological skills to communities who request such modes of historical research.

This is certainly the case with his current collaboration with the Jawoyn Aboriginal community in western Arnhem Land (http://connectingcountry.arts.monash.edu.au/).

Bruno, together with a distinguished team of archaeological experts - including Professor Jean-Michel Geneste, director of the Chauvet Cave International Research Program in France, and Professor Richard Roberts, who led the dating of the famous 'Hobbit' in Flores - is working to support cultural eco-tourism ventures.

At the same time, they will help the Jawoyn Association uncover information about their remote past, hidden underneath the ground of the spectacular, but near-inaccessible, plateau of Arnhem Land.

"The community approached us saying they wanted information about their deep past, but within a notion of connecting the past with the present," Bruno says.

"During a time of rapid change they wanted to make sure the current younger generations continue to learn about their own history."

Bruno is also presently working with a network of communities along the south coast of Papua New Guinea, documenting their history and investigating the lineage of the descendents of Lapita peoples - the famed pottery makers whose works first appeared more than 3000 years ago. The project includes study of the ancient long distance maritime hiri trade which once dominated the region at Australia's eastern doorstep, and which may have brought seafaring Melanesians in direct contact with Indigenous Australians previously thought to have been isolated.

Having spent decades encountering the rich diversity of human experience, culture and history, Bruno believes society should not be afraid to celebrate its differences.

"We should recognise that human society is a multiplicity and give voice and acknowledgment to this diversity by embracing it - otherwise we are always imposing ourselves onto the world, only accepting things in the way that they are similar to ourselves," Bruno says.

ARC Centre of Excellence for Australian Biodiversity and Heritage

Contextualizing Cave Art: Archaeologists bring high-tech tools into the field to analyze prehistoric paintings and find cultural significance that reaches into the present

Archaeomorphological Mapping: Rock Art and the Architecture of Place