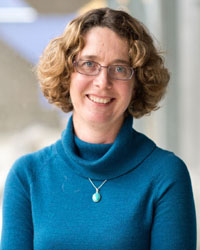 Professor Andrea Whittaker is Convenor of Anthropology in the School of Social Sciences, Faculty of Arts.

She has achieved international standing in the field of medical anthropology and is a former ARC Future Fellow.  Her current research projects include the study of global medical trade and mobility, oocyte mobilities in Southern Africa; reproductive travel and biotechnologies in the Asia Pacific, including issues of gender, religion, bioethcs and global regulation of the trade, antimicrobial resistance, and social isolation among HIV positive people in Queensland. Her research spans the disciplines of anthropology, international public health, Asian studies and gender studies. She was Member-at-Large on the Board of the Society for Medical Anthropology, American Anthropology Association (2016-2019). She is a Co- Leader of the Health and Biofutures Focus Program at Monash University and a Lead Researcher for the Centre for Impact on AMR, a cross-faculty centre at Monash University.

She leads a current ARC funded- anthropological study of the global networks and emerging markets for assisted reproduction in Southern Africa, focussing upon the mobilities of regional patients, ova providers and medical staffacross and to and from Southern Africa. In this she collaborates with colleagues from University of Amsterdam and University of the Witwatersrand. She is also a CI on a ARC project lead by Assoc Professor Mark Davis on antimicrobial resistance in Australia and is involved in social science research on amr in Malaysia with colleagues form Monash Malaysia and SEACO.

She led a fomer ARC Discovery Project on other forms of medical travel in Thailand and Malaysia. This study will gather first hand experiences of patients seeking services at hospitals in these countries. Fieldwork for this project is currently being conducted. She is Chief Investigator on an ARC Linkage project on Contraceptive use among migrant woman in Melbourne which is exploring womens' choice and decision making with regards to various contraceptive technologies. She is also Chief Investigator on a collaborative ARC Linkage project entitled 'Living positive in Queensland: A qualitative longitudinal study of aging, place and social isolation'. This research will explore the intersections between the experience of living with HIV, aging and social isolation in diverse communities in regional and rural Queensland across time to inform planning for service delivery models.

Prior to this she completed an ARC Discovery Project on infertility and IVF in Thailand and included a small preliminary study of reproductive tourism in Thailand. Long-term fieldwork took place in Thailand in 2007/2008.

In addition to her work in Thailand, she has been a Chief Investigator in a Large ARC grant on 'Perceived influences on family formation decisions in Australia,' in collaboration with demographers from the ANU. She has been involved in a number of other studies of public health importance in Australia. These included an early ethnography of general practice in an Australia community; this resulted in publications on general practice, environmental health and cancer, self-medication and cultural constructions of heart disease. She also collaborated on a GPEP funded grant on diabetes type II in NSW. She has collaborated on a UNFPA consultancy on maternal mortality in Timor Leste and is currently involved in the supervision and collaboration of projects on maternal morbidity in PNG and on the termination of pregnancy in the Northern Territory. She has also undertaken consultancy work for the WHO on medical travel.

Building the Australian response to the 'superbugs' crisis

Investigating understandings of antibiotics and antimicrobial resistance in diverse ethnic communities in australia: Findings from a qualitative study

Moralities in international medical travel: moral logics in the narratives of Indonesian patients and locally-based facilitators in Malaysia

Sociality and transnational social space in the making of medical tourism: local actors and Indonesian patients in Malaysia

Board of the Society for Medical Anthropology (External organisation)