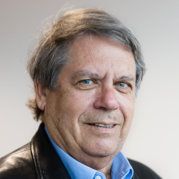 He was appointed Director of the Centre for Early Human Development at Monash University in 1986 and Deputy Director/Director of the Monash Institute for Reproduction and Development (1990-2003) He led the Australian team for the discovery of human embryonic stem cells in the late 1990’s and was awarded the first Australian Biotechnology of Excellence and was the founding CEO of the Australian Stem Cell Centre. He founded the Monash Immunology and Stem Cell Laboratories (MISCL) at Monash University (2004-7)

Department of Education and Training (Comm)

Improving access to ART in low-income settings through knowledge transfer: a case study from Zimbabwe

Costs of IVF in Australia: Downward trends shall continue