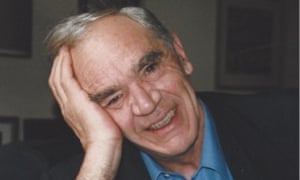 My mentor, the psychologist Zander Wedderburn, who has died aged 81, was an international authority on shiftwork who helped to overturn the conventional wisdom that workers should rotate shifts on a weekly basis. Instead he found that rapidly rotating shifts – say, two early, two late, two nights and three days off – were more acceptable because of the social flexibility they offer.

Zander was born Alexander Wedderburn in Edinburgh. His father, Innes, was auditor to the Court of Session, and his mother, also Innes (nee Jeans), was a housewife. After being the top pupil at Edinburgh Academy, Zander studied for an MA in psychology, philosophy and classics at Exeter College, Oxford in 1959. He gained a PhD from Heriot-Watt University, Edinburgh, after much of his research on night-work had already been published.

His interest in work patterns grew while doing shifts on National Service in the Royal Navy and later at Corby steelworks in Northamptonshire. He worked subsequently on industrial relations research at Cardiff University and moved in 1968 to Heriot-Watt, where his career progressed over 32 years from being a lecturer to an emeritus professor. He also served on its senate and as head of the school of management.

It was at Heriot-Watt that Zander made his major research contribution to the establishment of design criteria for shift rosters based on social factors. These criteria favour faster rotation between day and night shifts, rather than extended periods of night work that cause increased fatigue resulting from cumulative sleep loss. His 1991 guidelines on the topic have been adopted around the world.

Aside from research, Zander made time for educating students and providing pastoral support – and was a great mentor to many, including me. His quirky but effective way of mentoring students included discussing their research in other contexts besides his office, including while exercising or in the queue for Edinburgh festival tickets. He was generous in helping students, alumni, colleagues and practitioners, too. He was an individualist with a wonky sense of humour and a sometimes unnerving mischievous streak.

Zander was founding editor of the Shiftwork International newsletter and was an influential president of the British Psychological Society in 2003-04. A proud Scot and an internationalist, he was a Labour councillor in Corby in the early 1960s, and contested several elections for the Social Democratic party, losing narrowly each time. After retiring in 2000 he founded the Edinburgh-based Fledgling Press, which focuses on publishing new authors.

Zander’s wife, Bridget (nee Johnstone), a midwife and nurse, died in 2016. He is survived by their four children and eight grandchildren.