Qantas Airways’ efforts to recover from the Covid-19 pandemic have been thrown into disarray following a court ruling that the Australian airline broke the law when it outsourced 2,000 workers. Australia’s Federal Court said on Friday that one of the reasons the carrier outsourced ground crew staff earlier this year was to prevent them from collectively bargaining for better working terms, and the move was not simply a response to financial pressures from Covid-19.

The decision marks the latest blow to Qantas, which continues to be pummelled by the closure of Australia’s international and state borders. The airline has received almost A$2bn (US$1.5bn) in taxpayer funds through government wage subsidies and support schemes. Australia’s Transport Workers’ Union, which filed the case, said Qantas used the pandemic as a “transformational opportunity” to deny workers from exercising their legal rights to collectively bargain. It has demanded Qantas reinstate and compensate the affected workers. “Senior Qantas management have serious questions to answer after the judgment. The judgment made clear that Qantas targeted its ground workers for outsourcing because they were united to fight for decent standards at the airline,” said Michael Kaine, TWU national secretary.

Justice Lee said the union’s demand that the workers be rehired and compensated would be considered at a later hearing. Qantas said it would appeal the judgment and oppose any future court order to reinstate the workers. Many have not been rehired by the airline’s outsourcing partners.

“The ruling could have far-reaching consequences for Qantas but also other employers,” said Greg Bamber, a professor at Melbourne’s Monash University and co-author of a book on how airlines engage with employees. “It sends a powerful message that employers cannot avoid collective bargaining by sacking their workers.”

Australian law prevents employers from dismissing workers for being union members or exercising their rights to collectively bargain.

Evidence presented to the court suggested Qantas considered outsourcing its workers to ground handling companies such as Swissport to be a “transformational opportunity”. Justice Lee said he was satisfied that one reason for the outsourcing decision was so Qantas could avoid bargaining with staff when a workplace agreement expired in December.

Qantas said it disagreed with the judgment, arguing the outsourcing decision would save it A$100m a year. John Gissing, Qantas group executive, said the risk of industrial action paled in comparison to the pandemic that grounded its fleet for months and cost it A$16bn in revenue. 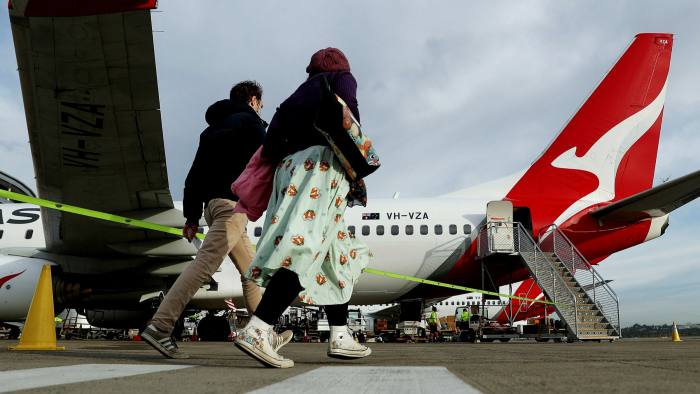