It takes a village: how Monash researchers built their own microscope to decipher superbugs 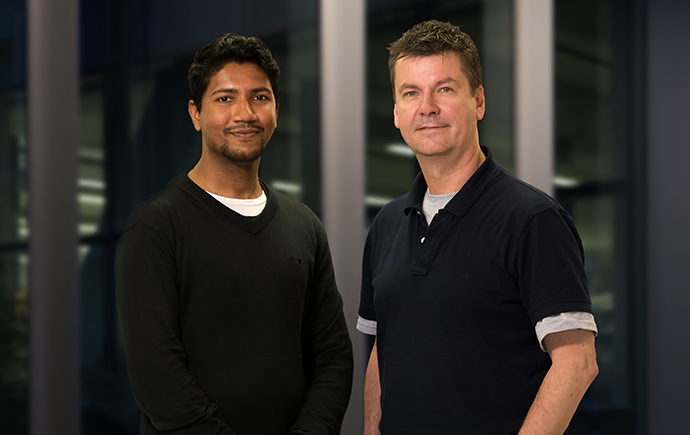 A hand-made super-microscope – capable of seeing the actual building blocks of a bacterial cell wall – has helped Monash researchers decipher how bacteria are able to literally build a wall against the immune system, leading to often deadly disease.

One of the keys to understanding antimicrobial-resistant "superbugs" is to see in great detail the outer surface that they present to the human immune system. A  team led by Professor Trevor Lithgow, from the Monash Biomedicine Discovery Institute, has accomplished the first nanoscale interrogation of the wall of the bacteria Escherichia coli (E. coli), discovering highly-organised precincts of ”beta-barrel assembly machines”, that build the bacterial cell surface.

The work, published today in Cell Reports , is, according to Professor Lithgow, “a big step in knowing how these bacteria form a wall against the immune system – and also a big step towards stopping the superbugs in their tracks.”

Super-resolution microscopy, which won its developers the Nobel Prize in 2014, is a technique that can "see" beyond the diffraction of light, providing unprecedented views of cells and their interior structures and organelles.